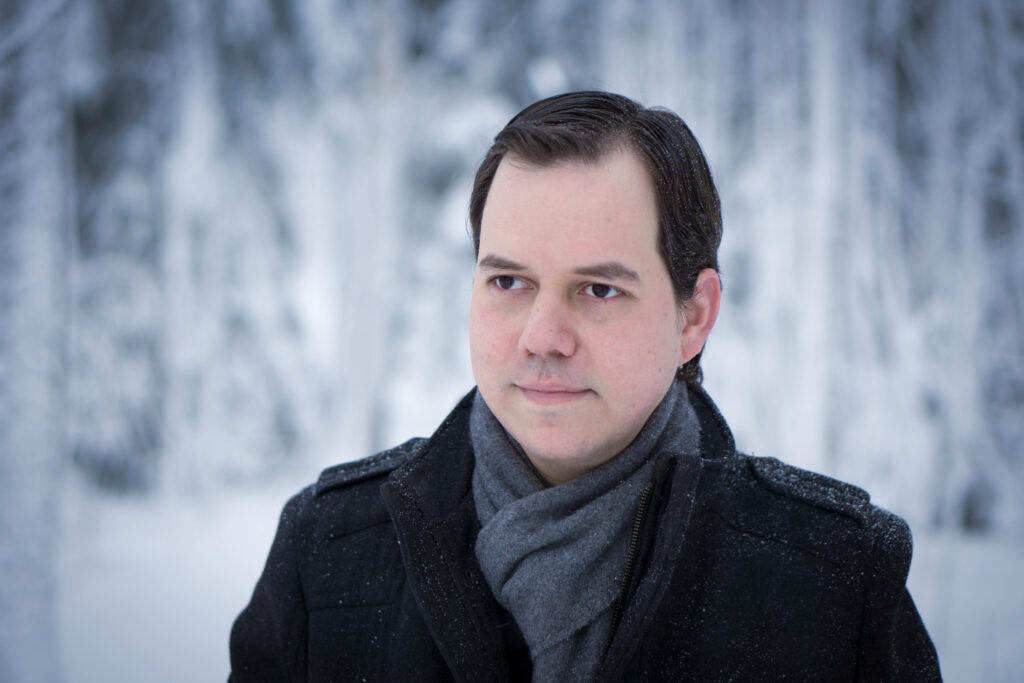 Juan Carlos Vasquez is an award-winning Colombian composer, sound artist, and researcher based in Finland. His works are performed constantly around the world and to date have premiered in more than thirty countries across the Americas, Europe, Asia, and Australia. Vasquez has received grants and commissions from numerous cultural and academic institutions and was recently named a Jefferson Fellow at the University of Virginia, where he researches the potential of narrative-driven 3D immersive environments as a catalyst for new music creation and diffusion. His works also explore sociological aspects of the role of technology in contemporary life, and the creation of bridges between music technology and the classical tradition.

Vasquez received his education at the Sibelius Academy (FI), Aalto University (FI), and the University of Virginia (US). His scores are published by Babel Scores, and his music is distributed by Naxos, MIT Press, Important Records, and Phasma Music.

Ecstasy and Inertia
for piano, violin and cello
Premiered 29.05.2021 by Ensemble dal Niente

The Mirrors of Uqbar
for Viol and electronics
Premiered 29.02.2020 by Kivie Cahn-Lipman