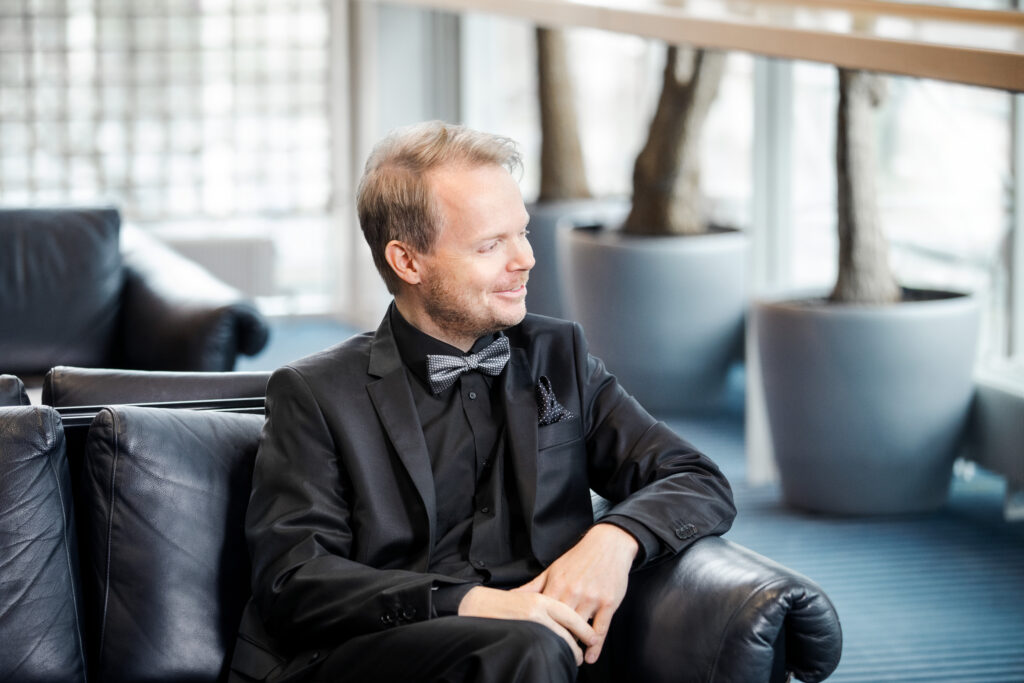 On February 24th of this year, Finland lost one of its foremost musicians, whose passing leaves a large void in our community. Jaakko Kuusisto was one of the finest people I ever had the privilege of knowing. We first met ten years ago, soon after the smash success of his violin concerto. I’d been commissioned to write a duo for him, and after the first rehearsal of my hastily written piece – we’d joked about the brutally short timetable on Facebook throughout the process – he offered me a ride back to Helsinki, and we quickly formed an easygoing friendship. We’d both come of age studying in the USA during the bright optimism of the Clinton-era 90s, and we shared a compositional aesthetic and an admiration for American music – not to mention an obsession with American politics, which we discussed at great length.

The sheer number of people who could call Jaakko a close friend was impressive, as was the fact that he made room for all of us in his life. To spend time with him was to feel instantly valued. He was present in every moment, listening respectfully, taking it all in without prejudice or judgment. (That respect even extended to internet trolls, of whom Jaakko was an inveterate, fact-based slayer.) Although we moved in different strata of the music scene, Jaakko never held himself above me, or anyone, for that matter. He’d always make time for a beer or dinner when he was in town, and a real chat about our lives.

These traits made him a natural leader: concertmaster, conductor, committee chairman, politician, Jaakko was the model of the artist as public servant, a tide that lifts all ships. His career grew alongside his unwavering commitment to the health, growth and diversity of Finland’s artistic life. After his diagnosis with an incurable brain tumor, he refused to sit quietly and wait, but kept up his performing career and got himself elected to the Oulu city council as a Green, determined to make a difference with every minute he had left. His music was very much like him: accessible, sincere, curious and exploratory, joyous, outgoing and warm, and above all entertaining.

I met up with Jaakko just before his swift decline, and when we parted, I said I’d see him again soon. He gave me a small, wry smile, and on some unspoken level I knew it would be the last time. I regretted then not telling him how much his friendship had meant to me, and how much I’d miss him when he was gone. But he was still sending silly jokes and pun memes at Christmas, so I let myself think there was time. Past a certain age, one comes to accept that not everybody is going to make it to the finish line, and that some will fall along the way. The deep injustice is that all too often, it’s someone who mattered so greatly that their absence leaves an unfillable space in the lives of those around them.

Jaakko Kuusisto was such a person, one of fundamental decency, who worked tirelessly for the betterment of others and only asked for more to do, and who met his untimely end with a grace few could aspire to. Searching for a single word to encapsulate him, I found English insufficient. I turned instead to a popular Yiddish expression, defined variously as a person of honor and integrity, of noble character, someone to admire and emulate. Jaakko was a mensch.